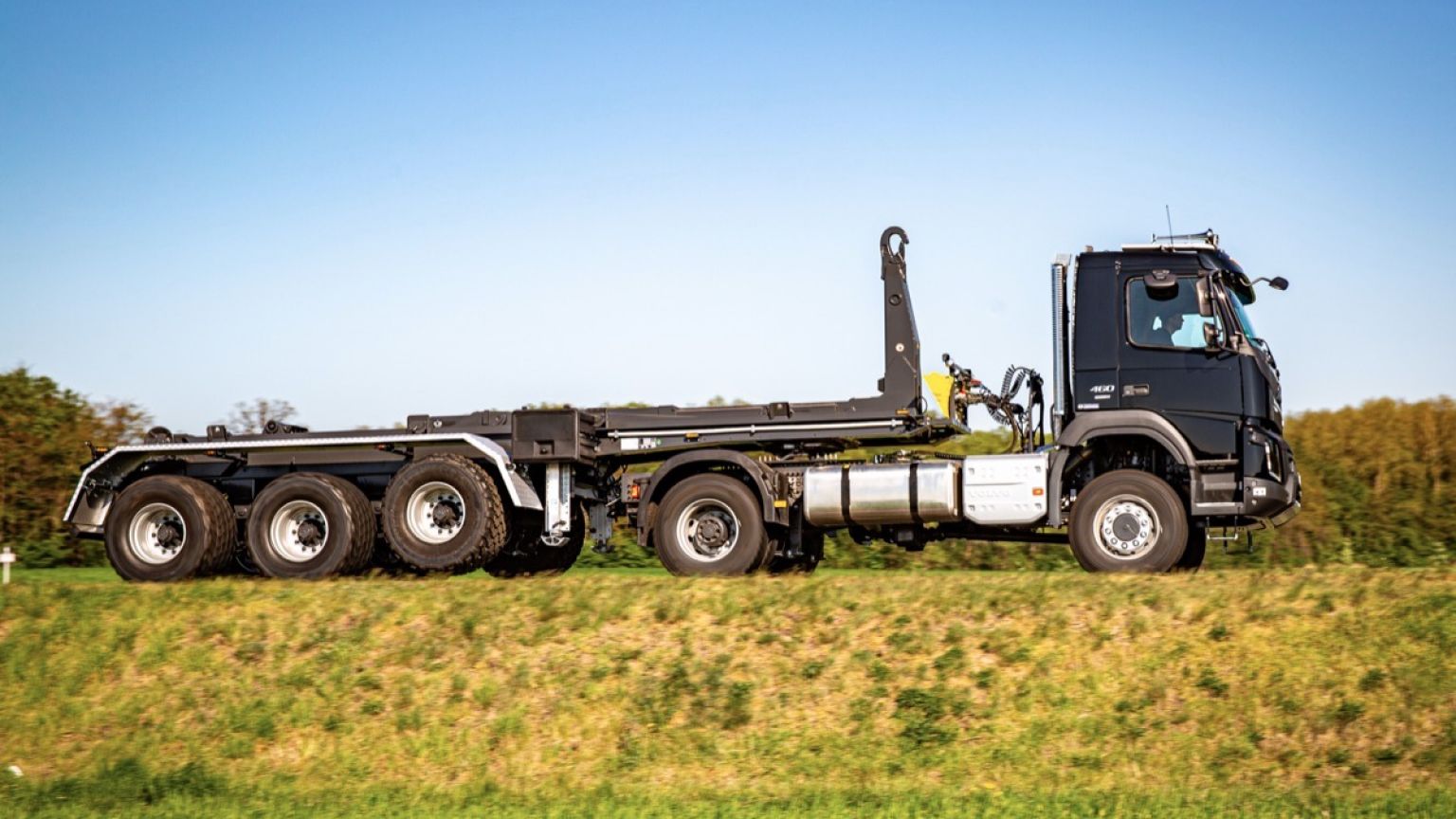 There is a continued trend towards using trucks also in the farming sector, because these offer significant advantages such as high efficiency, responsive ride stability and easy changeovers thanks to the standardised fifth-wheel plate.

Also, in many areas roll-off containers have become staple equipment in machine fleets. To increase the versatility of this product in combination with an agricultural truck, Krampe has now launched an agricultural version of the SHL 30 hook lift semi-trailer.

In contrast to the industrial SHL version, the agricultural design offers low-pressure tyres, a stronger frame and heavier agricultural axles. They have been tried and tested on the offroad tipping semi-trailers as well as on the Krampe body tippers for dozens of years.

The tipper is the established VDL hook lift roll-off model from the commercial sector. Depending on the version, this offers a lifting and tipping capacity of up to 30 tonnes. The first hook lift of the new series has an "articulating push arm". Pulling at a shallow angle, this can pick up and transport containers of an internal length of up to 8m (max. 8.5m).

The permissible gross weight is 35t, the axle load 24t and the fifth wheel load is 11t while the approved gross weight for on-farm use increases to 39t.

The first agricultural SHL 30 hook lift semi-trailer is already working hard at the Multi-Agrar Claußnitz GmbH coop where it is pulled by a Volvo FMX 460 4x4 truck. The agricultural cooperative produces milk, forage and arable crops as well as seeds, the main focus being on grass seeds. These are dried among others in containers which are then transported by the semi-trailer. This type of logistics eliminates extra handling cycles and minimises seed damage.

In addition to grass and other seeds, the new SHL also transports slurry and silage on field and public roads and even in hilly terrain. Its enormous versatility makes the machine very productive and efficient.

The decision in favour of this Krampe product was an easy one for Multi-Agrar Claußnitz GmbH coop since they have been operating an approx. 20-year-old and tractor-drawn Krampe THL hook lift trailer that is still doing a great job. Co-managing director Michael Polster appreciates the universal flexibility and robust build of the new hook lift, saying the SHL fits perfectly into the existing transport chain and scores high marks for low fuel consumption, low tyre wear and a low noise level.

Purchased from the dealer LTZ Chemnitz in Hartmannsdorf, the SHL 30 offers its new owner a number of optional extras: a fast unloading mode for containers, a CCTV camera system that monitors the articulated hook and the pull-on zone, as well as a starting aid to pull away in rough terrain and a lift axle that protects tyres and brakes. The standard equipment of the trailer includes an auxiliary tipping cylinder, a radio remote control and a chassis with pneumatic suspension.