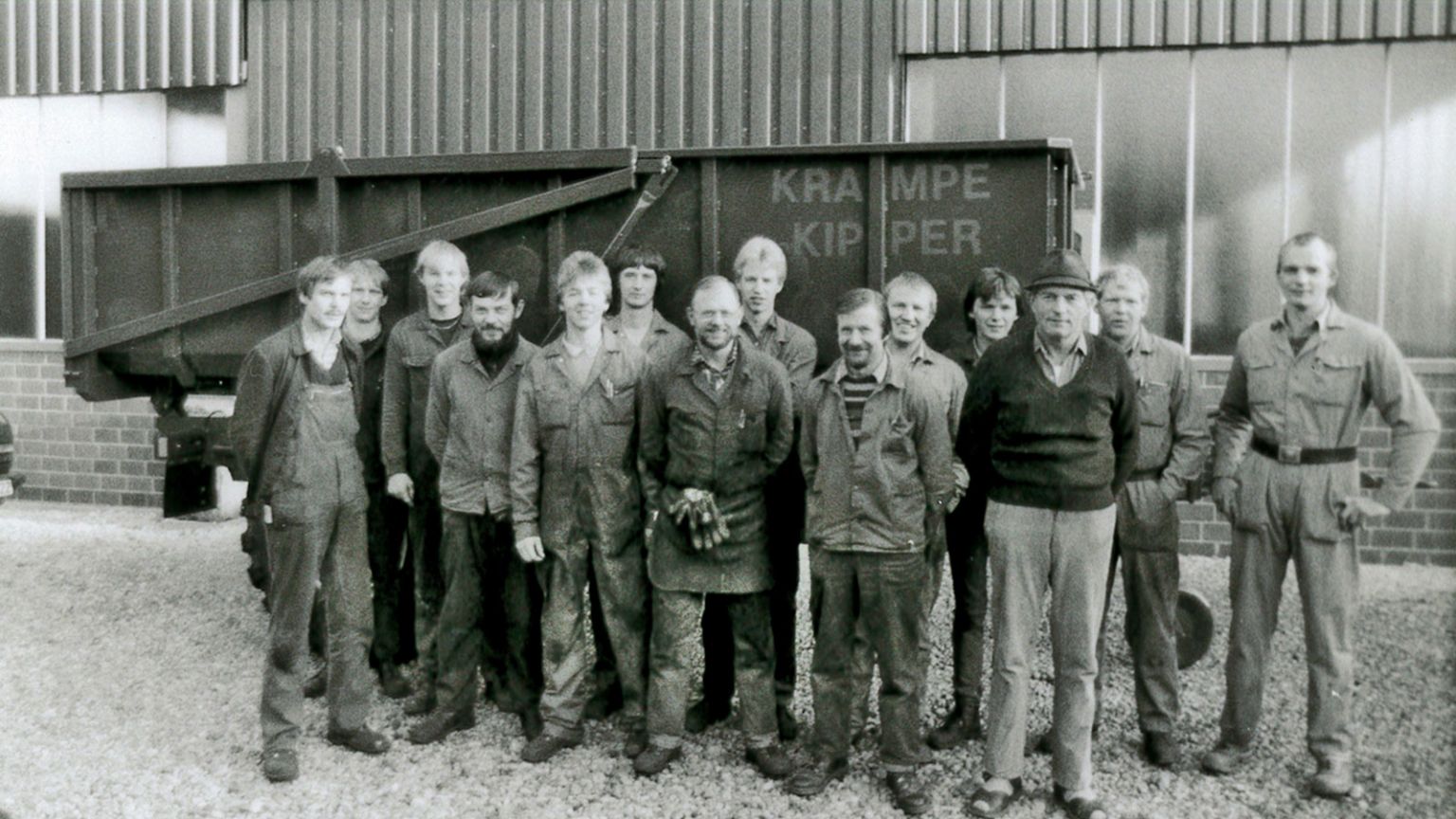 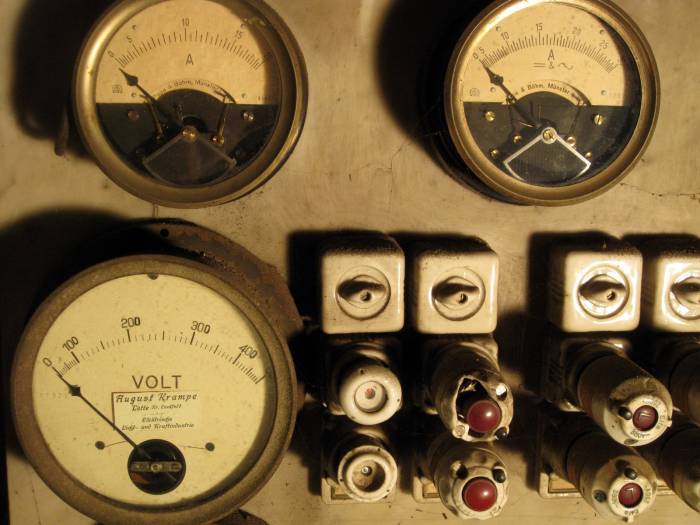 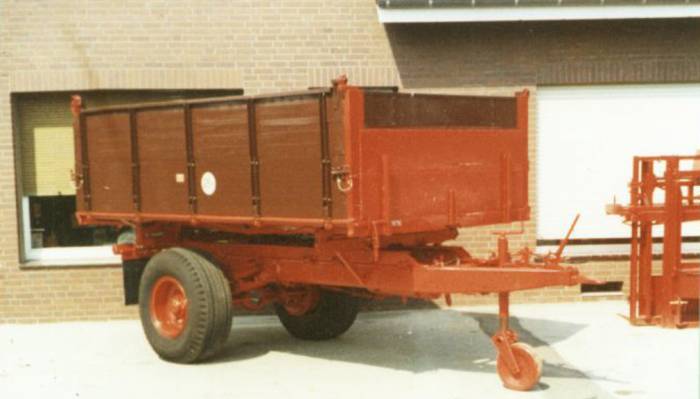 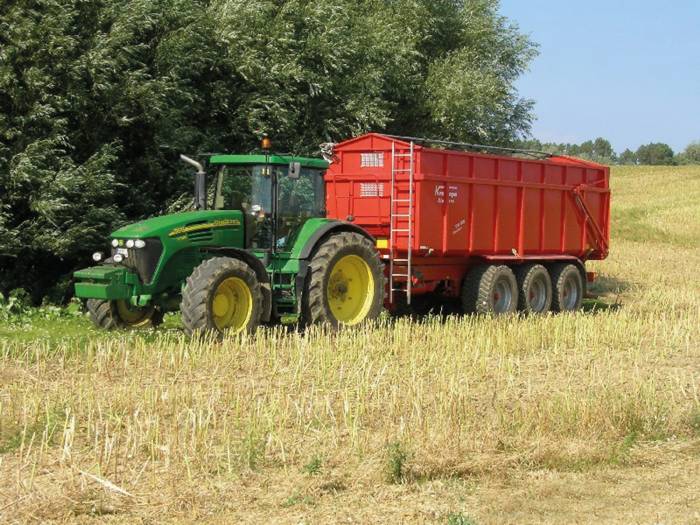 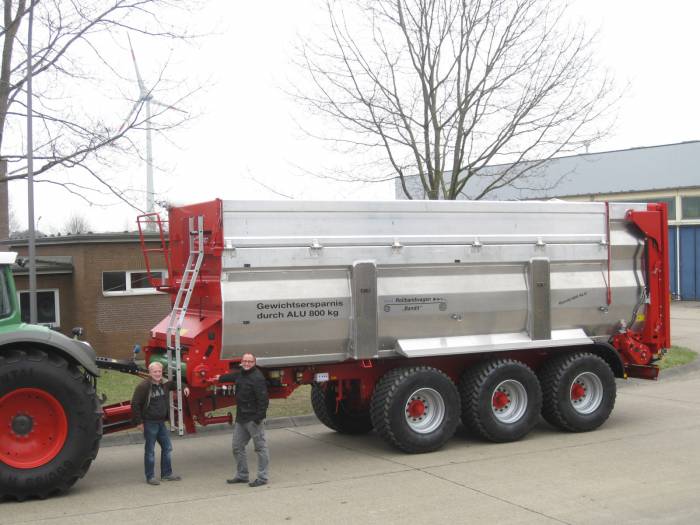 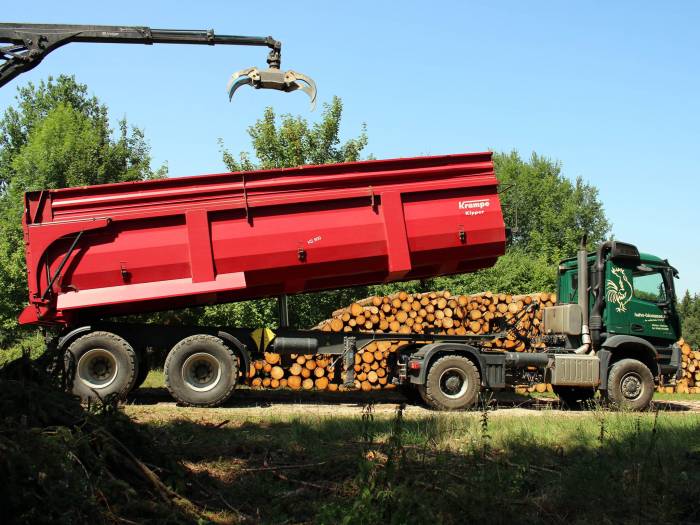 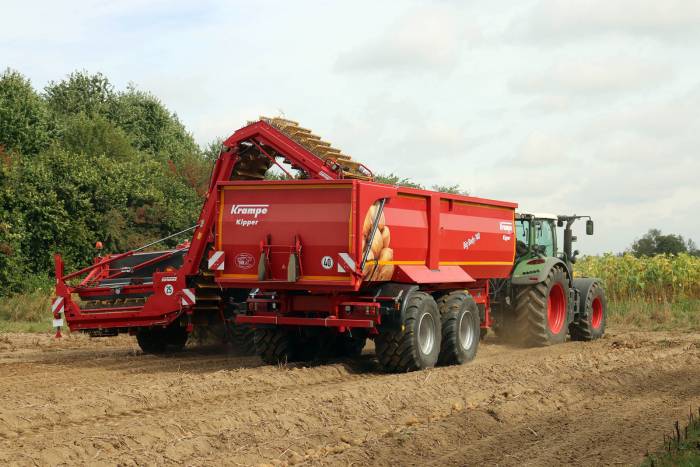 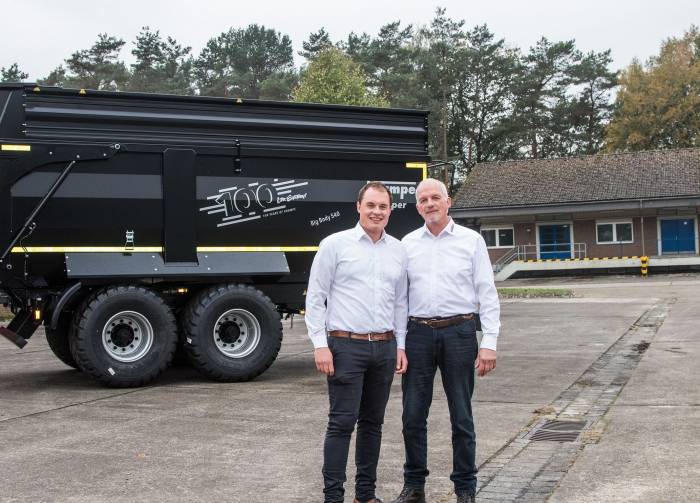 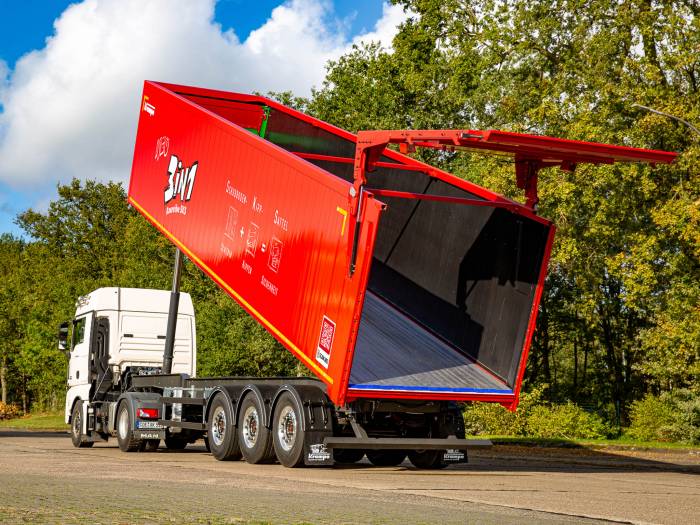 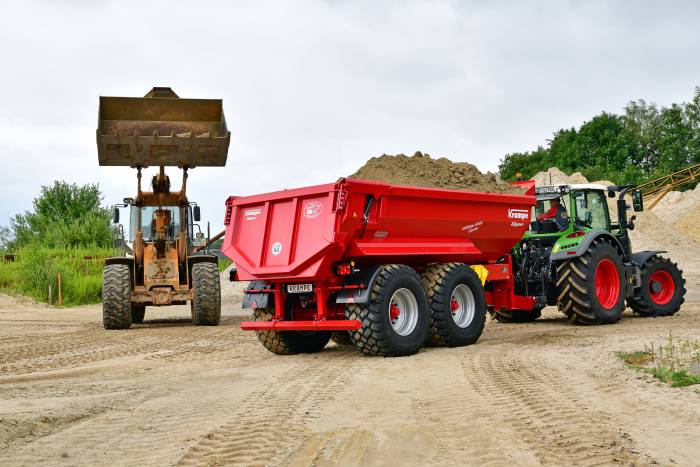 The history of Krampe

Foundation of the company Krampe Electro by Mr. August Krampe, an uncle of the today managing director August Krampe

First Fahr Tractor (12 PS) sold. Krampe "teached" the farmers how to use a tractor.  For the supply of Diesel for the farmers and the local fire brigade, Krampe had a 3.000 litre tank.

Foundation of the Krampe OHG

Company taken over by Mr. Ernst Krampe. Next to the smithery and agrocultural workshop his wife Maria Krampe works in a house and hardware store.

Mr. August Krampe took over the parental smithery for rent. He hires 4 employees, turnover about 240.000 DM per year.

Single axle body tipper shown at the DLG show. It is the first big agicultural trade show for Krampe.

Building a new production hall. This was bought used and de- and remounted on site in Lette. Area 560 m².

The repair and trading of agricultural machines was stopped. The current capacities are focussed on the trailers.

First hooklift hoists for the transport of roll-off container were build.

A further production hall of 970 m² was build. And the already existing Hall got enlarged with 300 m² in order to get space for a paintshop and brake-check device.

The first tridem body tippers are carried out to the customers.

The first sand- and gravel tippers and halfpipes for tractor are built.

First body tippers of the Big Body series are presented on Agritechnica in Hannover.

Presentation of the first semi trailer hooklift hoists for Trucks.

The first two-side tippers of the Big Body series were built.

Installation of a capital share holding for the Krampe employees.

Movement of the whole company to the technical facilities of an old, closed military base in Coesfeld-Flamschen, that area provides nearly 100.000 m²,  26.000 m² of them under roof.

Presentation of the new Krampe innovation: the conveyor belt wagon Bandit. This new trailer concept was honoured by the DLG with a silber medal on the Agritechnica 2009 in Hannover.

The old sand and gravel tipper production series is replaced by the newly developed tippers with Big Body design.

A photovoltaic power plant with 500 KWp is installed on the roofs of the production halls.

A hydraulically foldable extension side bord is included in the production program.

The first weight optimised vehicle superstructures made of aluminum are produced for the Bandit conveyor belt wagon. They are sold as agriculture or semi-trailer version.

The photovoltaic power plant is enlarged to 918 kWp.

Next to the Krampe company area three farmers build a biogas plant with 900 kW.

The electronic forced stearing for Tandem and Tridem trailers is available.

Krampe launches off-road version of the Bandit semi-trailer; an all-wheel truck with off-road low-pressure tires can be used as tractor unit.

The first agricultural trailers are euquiped with the optimised air suspension as standards.

The Big Body 790 is a new combination of a Tridem-body and a Tandem two-axle-chassis.

Krampe is apprenticing company of the year.

A lot of detailed improvements are incorporated into serial production like the new adjustable mudguard and the variable drawbar protection of the Big Body.

The Carrier series is presented with the price list no. 43.

A turnover of more than 25 million Euro is reached.

The redesigned locking system for the lateral foldable silage sides are operated from the ground with a sturdy lever –  much easier and more convenient for the operator.

Krampe hook-lift trailers are fitted with hook lift hoists of the Dutch manufacturer VDL. The new hook lifts optimise the payload of these modern tippers and bring compliance with the current safety standards.

The catholic young farmers hold their diocese day on the Krampe company gound.

A new app gives easy access to the Krampe world and is available for download from the App Store℠.

New pledge of quality builds on more than 30 years of experience: Three-year warranty on Krampe tippers.

Krampe develops in cooperation with the Dutch manufacturer VDL an extended version of the Tridem hook lift trailer THL 25 L. The possible container length increases up to 8.5 m.

At the EuroTier 2016 in Hannover Krampe introduces a new transport system. The agile drawbar trailer chassis is sourced from the Krampe “Roadrunner” DA 34 and can accommodate a body tipper or a slurry tanker for up to 26,000 l.

The successful launch of the Krampe tipping semi trailer KS 900 is followed by the lightweight version KS 950 with an aluminum body.