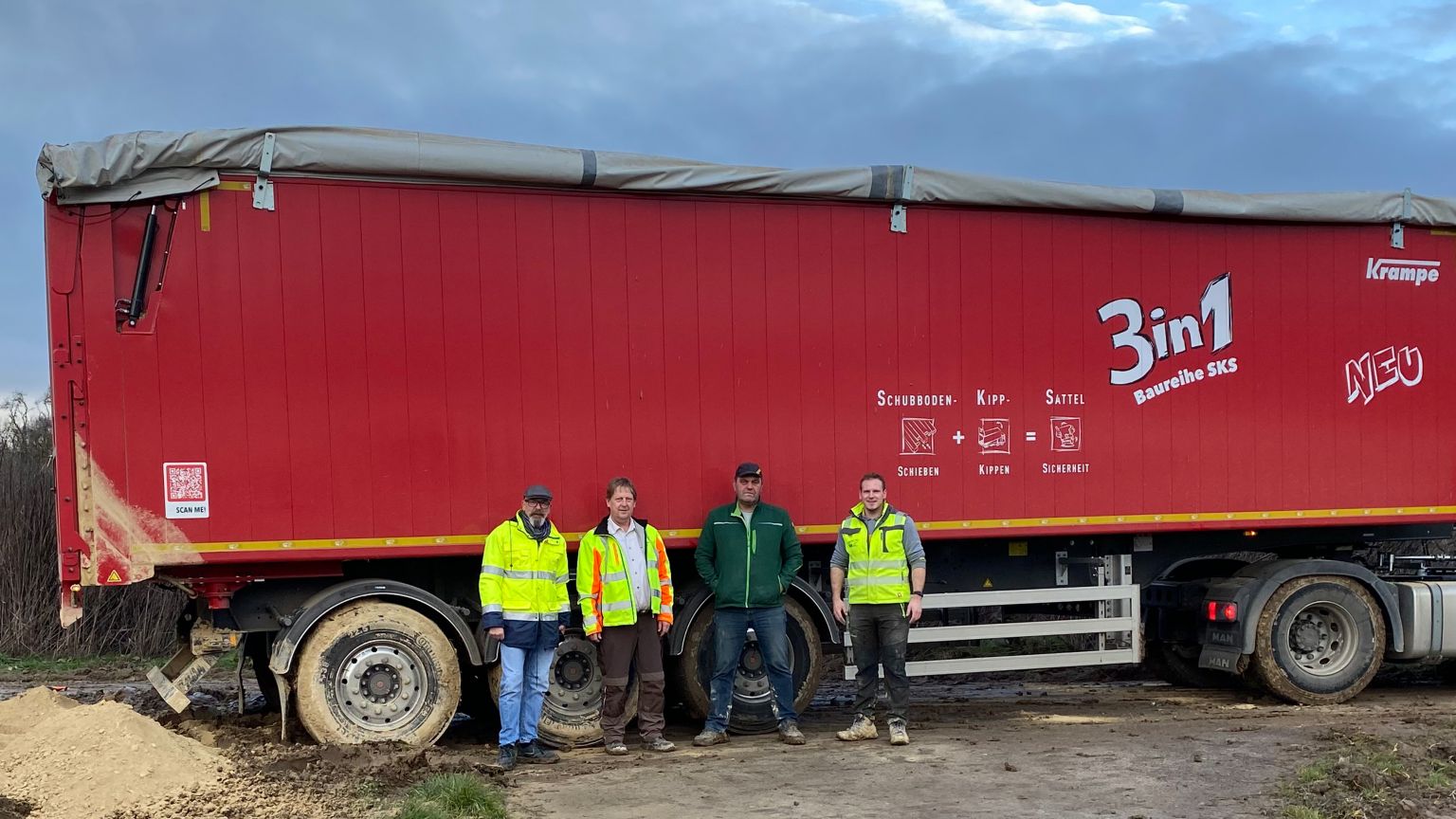 Krampe has currently a number of their SKS 30/1050 walking floor-tipping semi-trailer models demonstrating their performance and versatility on German roads. Südzucker, the world's largest sugar producer, was the first client who put one of the utility patented trailers through their paces. The group's main shareholders are the beet growers of a German beet co-op (the Süddeutsche Zuckerrübenverwertungs-Genossenschaft eG). The SKS worked at the co-op LMZ Zeil West which transports beets from the fields to one of the Südzucker factories and at the Bavarian haulier Helmut Streng.

The sheer variety of the material hauled reflects the enormous versatility of the SKS 30/1050. The two features – tipping and walking floor – increase the machine's scope of applications and cut out unproductive empty hauls. Hauling beet to the factory and carbolime or animal food on the return trip, the SKS 30/1050 saved time and fuel.

"This level of efficiency could save us an entire tractor-trailer combination in long-distances hauls of more than 200km", says Südzucker's sugar/beet product manager Markus Klein and continues: "Not only is this better for the environment, but also for our bank account. Another advantage of the semi tipper with walking floor is its enormous stability during unloading which of course translates into better safety."

The SKS can also mix the two features by moving the material initially to the rear and then start tipping. After 'breaking loose' the load slides much more easily from the tipper. The lowered centre of gravity during tipping results in high stability at maximum unloading rates.

The standard hydraulic tailgate, too, impressed the testers. Walking floor trailers with manually operated rear gates must not deliver beet to the factory where these gates cannot be opened. The hydraulic tailgate on the SKS allows operators to stay in the cab and open the gate from the convenience of the seat.

Although the solid structure and the extra feature have led to a slight increase of the base weight compared with some other tippers, the drivers found the Krampe SKS 30/1050 walking floor-tipping semi-trailer was a commendable machine in every respect.
"Its excellent unloading characteristics, the enormous stability and productivity have convinced us", summarises Manfred Greubel, chairman of the management board of LMZ Zeil West. "We will certainly consider the purchase of a Krampe walking floor-tipping semi-trailer."