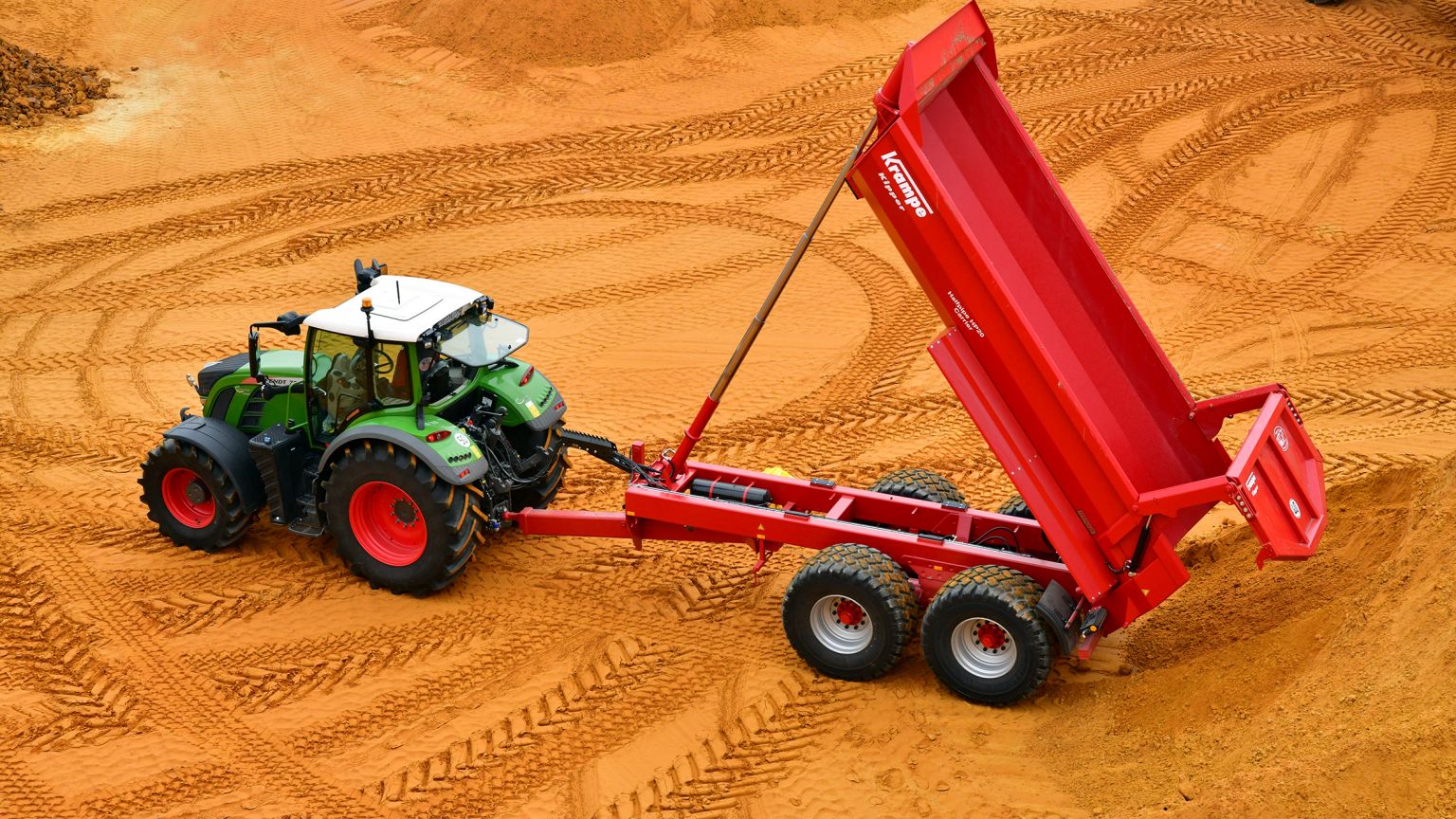 As the first German manufacturer to mount a halfpipe on a tandem-axle running gear, Krampe Fahrzeugbau gave an indication of its pioneering spirit as early as 1999. Since that time, the company has built and marketed thousands of HP 20 units. Whether on Germany's highest mountain, the Zugspitze, or with hydraulic wheel drives on limestone heaps several hundred metres high, or whether moving soil in Iceland or on a motorway construction site, these red halfpipes perform in a wide range of different and demanding settings and have become a common sight on the roads.

The 20-year success story is continued by further development work on the halfpipe. From 2020 the production units will incorporate a range of innovations:

The ZV 29 drawbar is replaced by the new ZV 22 unit which offers easier height adjustment and can be retrofitted with a hydraulic suspension for increased flexibility.

In addition, a load-sensing brake valve (ALB-valve) on the drawbar controls the braking power according to the load for optimum and safe braking. This means that 40 km/h vehicles with walking beam chassis now manage without the manual brake power control. As the load-sensing brake valve is integrated into the drawbar, operators no longer have to leave the tractor to set the braking power from empty to loaded – a boon for operator comfort and operational safety as it cuts out the risk of operators forgetting to make the change.

Operators also benefit from the new hydraulic support foot with its large footplate which is now operated hydraulically rather than manually as in the past.

LED rear lights are standard features now. Mounted in a higher position on the sides, they are less exposed to mud. The same applies to the number plate which moved from its previous position under the lights to the middle of machine for improved visibility and road safety.

The update also covers the tailgate cylinders which have likewise been repositioned so that they open and close the tailgate more efficiently for faster work cycles.

2020 will also see a new feature on the HP 24 high-capacity halfpipe where a steered axle is available for the running gear with 1.81m wheelbase and walking beam chassis. The huge advantages of the wider wheelbase are an increased 24t gross weight and the possibility of fitting up to 600/60 R 30.5" tyres.